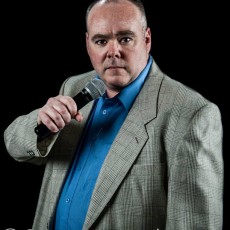 “The Most Exciting Voice in Sports”

Specializing in lacrosse, hockey, and sports entertainment, “Diamond” Jim Lowe is the long-time rink announcer for the Jr. “A” Barrie Lakeshores, Jr. “C” Barrie Bombers, and the semi-pro Barrie Blizzard of the Canadian Lacrosse League. Jim’s reputation as one of the top announcers in Ontario has put him in high demand, with teams from across the province bringing him in to announce their games. In the last year alone, Jim worked games for more than a dozen teams in multiple sports & leagues. Jim is also the ring announcer and performer for 400 North Sports Entertainment.

Jim was the rink announcer / game day host for the 2014 Canadian Lacrosse League All-Star game. In 2015, Jim announced marquee games in the President’s Cup (the Canadian Men’s Sr. B Lacrosse Championship) and hosted the opening ceremonies that welcomed the top teams from across the country.

Jim is the colour commentator for Rogers TV Barrie’s “Ball Hockey Game of the Week” and has been a guest analyst on multiple webcasts for JVI Video / Webcast Sports.

Jim was recently profiled on “Life in Barrie“.

To book Jim for your upcoming event, please contact him at [email protected].

Please login or register to add your review.